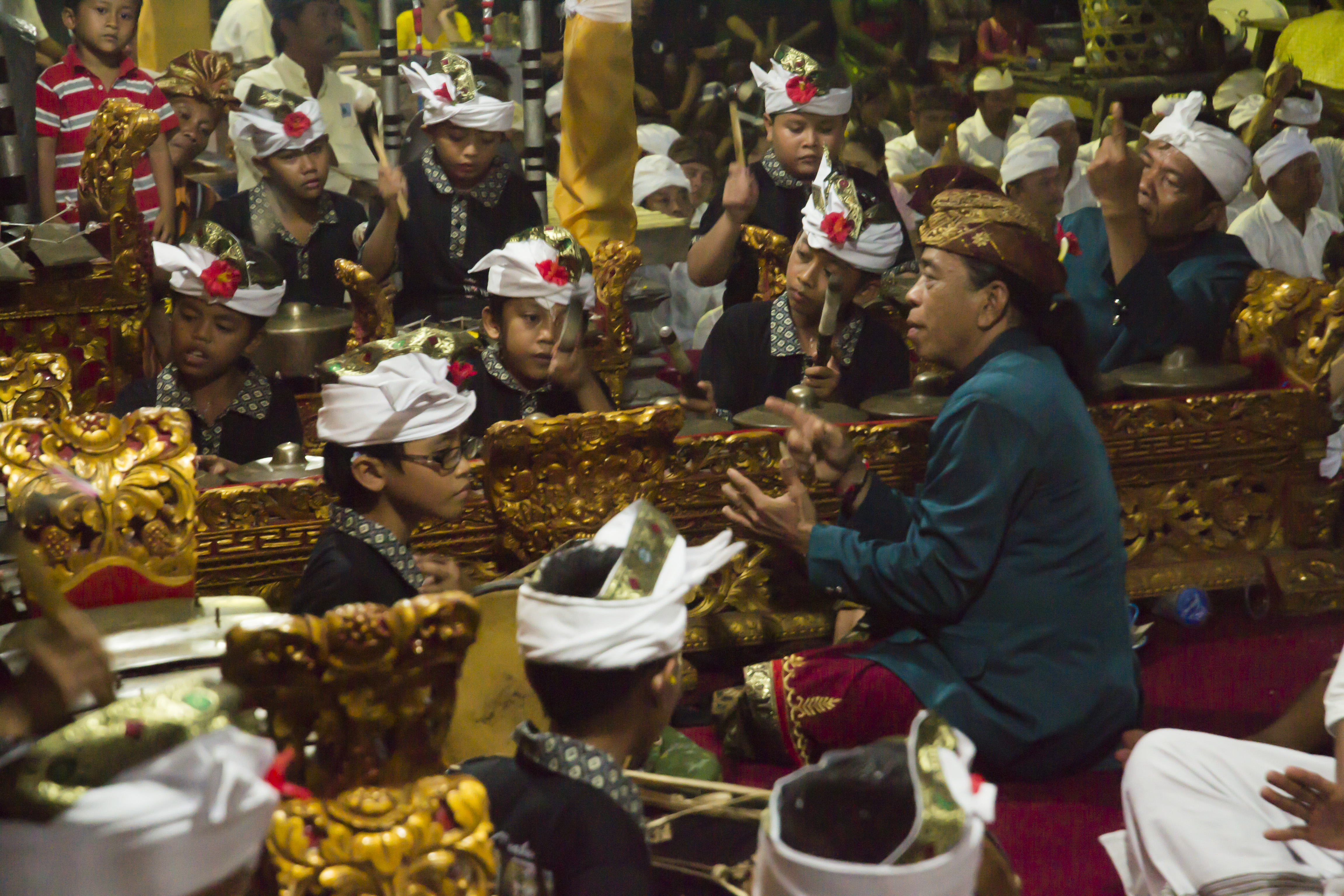 Many visitors to Bali are first introduced to the sounds of Gamelan at cultural performances, experiencing it as a form of entertainment.
However, Gamelan is far more than just a Balinese symphony orchestra that plays to entertain. It underpins most of the performance arts in Bali and forms a core part of sacred rituals.

To ensure the art of Gamelan continues to thrive in Bali, Yayasan funds a Gamelan Music School in Tejakula.
The school offers young Balinese access to a full set of orchestral instruments and structured instruction by Gamelan masters, at no cost to themselves. Older students also instruct the younger ones.

In addition, young students are exposed to a wider repertoire: lesser-known heritage works as well as modern interpretations. This is done with attendance at festivals and meetings with living masters.
By grounding students in traditional styles and solid technical skills while exposing them to a wide repertoire, the school aims to breathe new life to the art, marrying the old and the new to confidently evolve with the times.
In total, 40 students from 8 schools in the district benefit from this 3-year long tutelage, which can be taken as an assessed extra-curricular activity. By the end of the 3-year period, the students can play all the different instruments in their section and are able to perform at cultural and village temple ceremonies.

Since the programme began in 2014, Yayasan has been able to create a continual stream of young and upcoming gamelan players, ensuring vibrancy in the local arts scene. In 2016, we introduced a gamelan class for girls.

Students from the Sound School have gone on to compete in festivals and obtain various honours including :

In 2016 some graduates joined a collaboration with Tejakula Wayang Wong, a semi-sacred dance tradition which is UNESCO world-heritage listed, to perform a new work entitled “Satyan Sita” for Shakespearean actress Peggy Rubin. We hope more collaborations and new works will follow.