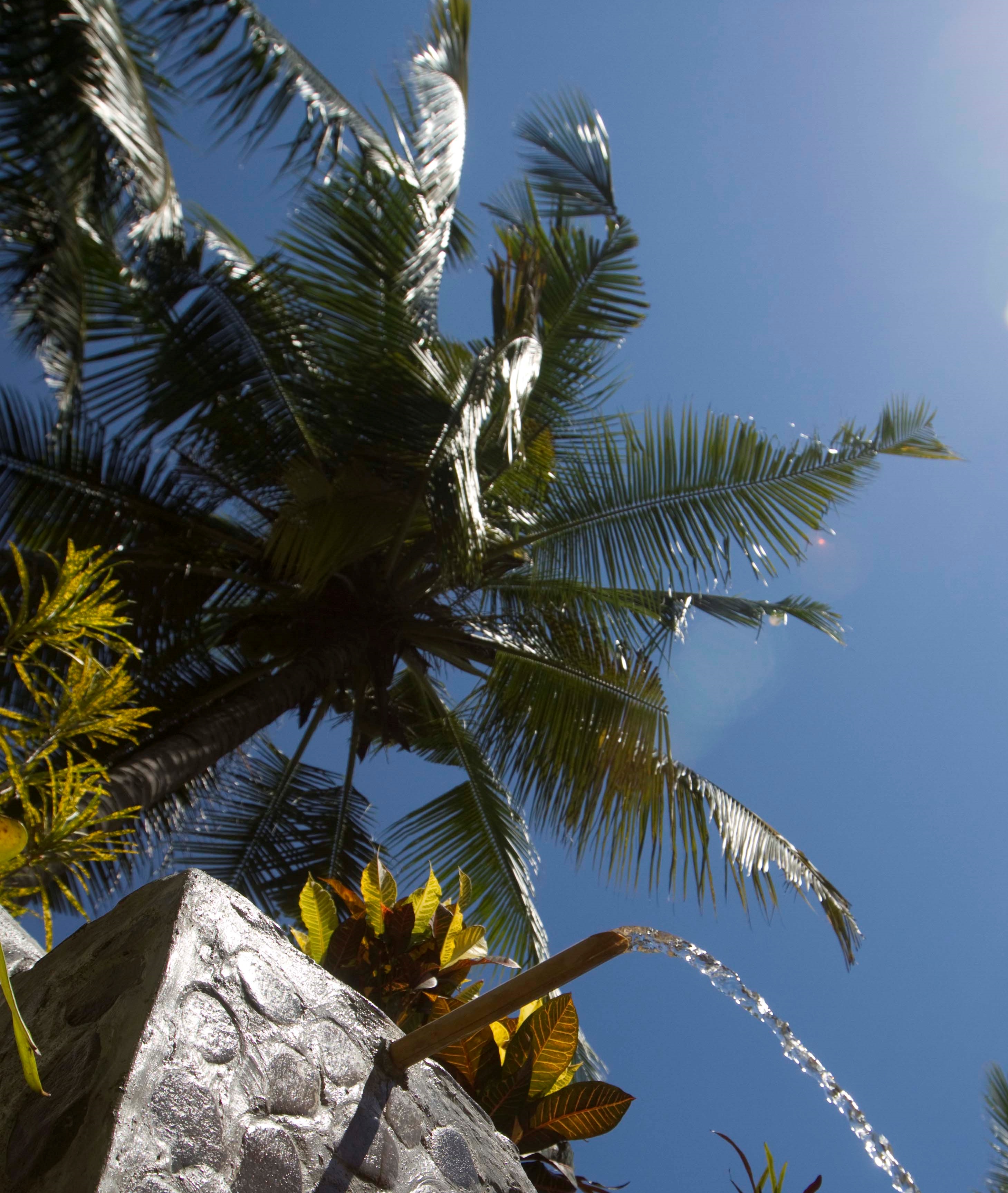 Today, over 60% of Bali’s underground fresh water sources have been declared dry. However, Bali continues to welcome tourists because nearly 1 in 3 jobs depend on tourism. This is despite tourists outnumbering residents by 2 to 1 and the average tourist using 15 times more water than a local resident.

Gaia is situated in Tejakula where water is not supplied by the government. Tejakula residents have voted to control their own water resources via the ‘Subak’ agricultural and drinking water collective systems.

Tejakula draws its water from natural springs in the surrounding hillside. Collecting, storing and piping water across rough hilly terrain to the remote mountain areas is a time-consuming, expensive and dangerous process. The Abasan area has experienced serious water shortages due to broken pipes, which have caused frequent water disruptions. After the tornado, flash floods and landslides of January 2017, the Abasan area was without fresh water for 3 months.

When these disruptions happen, Abasan residents who have insufficient water are forced to go several miles to a ‘Water Temple’ to bathe and to collect water for washing and cooking. For lower middle income families with no motorbikes, the cost of collecting water for drinking and cooking alone eats up nearly 40% of their daily income.

Since 2016, Yayasan has worked with the water collectives and with generous donors from our Yoga groups to:

In 2017, Yayasan entered into agreements to access new water sources uphill, which has enabled us to offer more water to our neighbours. We continue to practice responsible water management and wastewater treatment on our properties. We try to ensure that the pure water which we receive from the mountains, is returned to the earth in a clean condition, suitable for reuse.

At a Bali-wide level, Yayasan has met with the researchers at IDEP Foundation and fully support their water management programme as well as their overall efforts to promote sustainable living.